Of Bandits and the B.S.F. 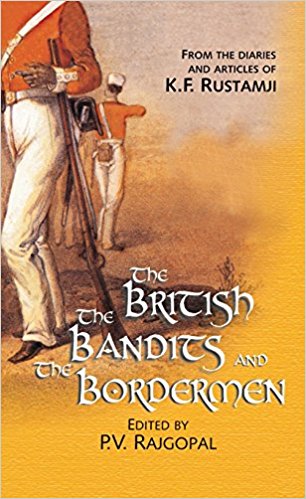 As a police icon, K.F. Rustamji can perhaps be compared only to B.N. Mullick although the latter was very autocratic and controversial, which Rustamji was not. This book will rank very high as a biography, culled as it is by the editor from three thousand pages of his diaries and seven thousand pages of his tour notes. Despite this, P.V.R. Rajgopal, a senior police officer himself and once Director of the National Police Academy, Hyderabad, has managed to compile the book so adroitly that at all times you hear the voice of K.F. Rustamji. (As a recipient of many of Rustamji’s tour notes, this reviewer should know.) The editor deserves the reader’s gratitude.

I came in contact with Mr. Rustamji in 1963 when the DIG Agra, Mairajuddin Ahmed launched a joint operation in conjunction with the MP and Rajasthan police against the Chambal valley dacoits, during the monsoons of all seasons. This had never happened. The bandits disappeared into the Dang during the rains. Rustamji came, his police cooperated fully and the operation was a huge success. Later he kept me on his mailing list in connection with his terse, to the point, Tour Notes.