Of Arms and the Man 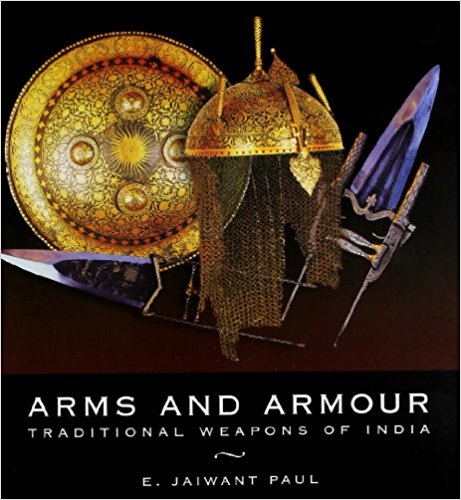 Weapons have always intrigued mankind, because mankind has always been intrigued by war. The author further refers to an old quotation—”War is a joyous thing… can anyone who has tasted that pleasure, fear death”. These thoughts belong to the heroic Homerian era, long long past. War is no longer a joyous thing. A.E. Housman wrote: Now no more of winters biting. Filth in trench from fall to spring Summers full of sweat and fighting For the Kesar or the King. And Wilfred Owen: What passing bells for these who died as cattle? Only the monstrous anger of the guns… The shrill demented Choir of wailing Shells… Shall shine the holy glimmers of goodbyes. The book is a well produced, well printed and superbly illustrated treatise on weapons and armour of a by-gone era of early and medieval warfare. The author cites examples from the Rig veda, the Mahabharata and Kautilya.There are illustrations of early Buddhist iconography from Bharut and Sanchi. He traces the development of weapons during the Kushan, Gupta and Pala periods. The author deals at length with the weaponry of the warrior Rajputs and cites examples from Todd’s Annals of Rajasthan.