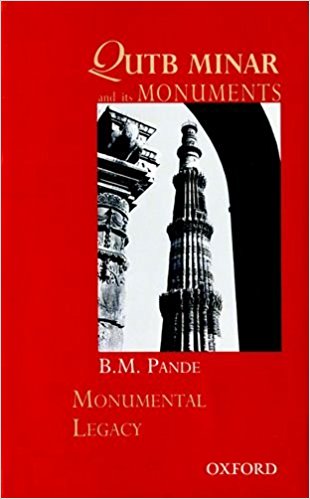 In the 21st century Muslims no longer rule lands peopled by a majority of non-Muslims, but that was not the case before the 18th century. Wherever Muslims reigned, it was not unusual for them to assert the presence of their religion, Islam, by spectacular monuments, such as domes and towers, particularly the latter. Two such lands are Spain and north India, each having a monumental tower, both contemporaries — the Giralda at Seville in Spain (1184-1198) and the Qutb Minar in north India (1199 –c. 1369). The former may be aptly characterized as the queen of Muslim towers, and the latter the king. Pande’s book is the definitive treatise on that regal structure, and promises to remain so for the foreseeable future; it supplants the book of J. A. Page on the Qutb Minar, published in 1938, as the authoritative treatise on the subject. Page’s own researches developed from those of the indefatigable Alexander Cunningham, undertaken in the 1860s and 1870s. The Qutb’s aesthetic qualities were noted by the first historian of Indian architecture, James Fergusson.