Of An Eternal Romance 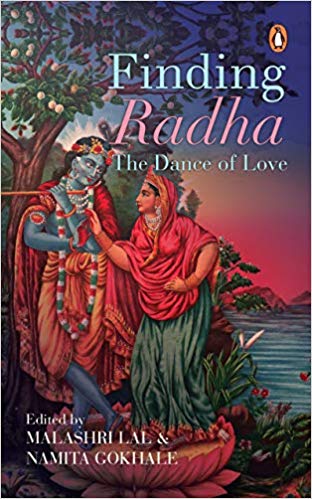 The fascination with our Indian inherited legends and myths had led Malashri Lal and Namita Gokhale to edit a book a few years ago called In Search of Sita: Revisiting Mythology wherein they collected different accounts of Sita that coexist in myth, literature and folktale. Sita is one of the defining figures of Indian womanhood, yet there is no single version of her story. In a similar manner the editors have now come up with another anthology on Radha, the mysterious woman who defies all conventional codes yet transcends social prohibitions through the power of the spiritual and the sensual, the sacred and the erotic. Finding Radha is the first of its kind: a collection of poetry, prose and translation that enters the historical as well as the artistic dimensions of the eternal romance of Radha and Krishna.

Comprising twenty-four sections/chapters, which are mind-boggling in their diversity, the anthology attempts to address the basic enigmatic question as to who Radha was and how she has captured the imagination of so many writers across centuries. No other goddess combines the elements of bhakti and shringara quite as exquisitely as the divine milkmaid. She spans a vivid rainbow of imagery—from the playfulness of the Raas Leela to the soulfulness of her undying love, from the mystic allure of her depictions in poetry, art and sculpture to her enduring legacy in Vrindavana. In a way that sets her apart from other female consorts, Radha is idealized and dreamed of in a way that is almost more elemental than mythical. Yet across India Radha has always been Krishna’s beloved and never his wife. They represent the great lovers who were destined never to unite. The different sections in this volume therefore include creative interpretations, translations and a few essays that enter the religious, mythic, historical, social and cultural dimensions around the figures of Radha and Krishna.

This anthology interestingly begins with two separate introductions offered by the two editors, which is usually not the norm. Namita Gokhale begins her section with a personal question, ‘How did Radha come to me?’ and herself answers that probably she came when she was roaming the narrow lanes of Vrindavan in search of these elusive mysteries. She realized that Radha is an all-too-human goddess, a sublime yet sensual emblem of mortal and divine love. She is subversive in that she possesses autonomy rarely available to feminine deities. She is her own mistress even in the act of surrender to her beloved. Gokhale further believes that the rebellious figure of Radha was born of the ahistorical collective consciousness of religion and culture.