Of an Apocalyptic Past 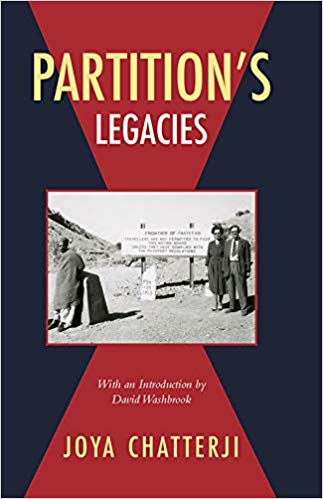 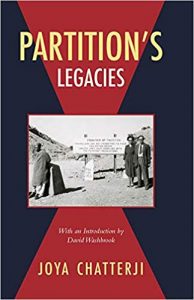 This collection of articles by Joya Chatterji presents multiple dimensions of the consequences of India’s Partition and resultant violence and migration. Although Indian Partition has been a crowded topic, Chatterji has successfully made a notable mark in this field. In many respects, by contesting the conventional narratives of the events around Partition, these essays put forward convincing revisionist arguments. Through all these articles, the author engages with her central concern—Partition and migration that are reflected in various ways as social history, political history and even a little intellectual history. Published over a period of twenty years, the thirteen articles engage with various layers of debate on these issues.

The earliest of these essays critically reviews certain books on Bengali Muslim identity and probes the idea of whether it has been more Bengali than Muslim. In the process of discussing these writings, she expresses her agreement with views on various themes such as the nature of Islam, identity of Bengali Muslims or any other Muslim for that matter, and the contested character of histories concerned with Bengali Muslims. The author agrees with the works of Richard Eaton and Asim Roy who put forward the idea of Islamic syncretism, the open-ended nature of Muslim identity in Bengal, chronologically and socially differentiated character of Islamization of the region particularly between ashraf and atrap, relatively weak influence of Hinduism among the peasant converts to Islam, and the prevalence of pir cults among these Muslims which was much derided by the orthodox.

Chronologically the next essay details the social and political consequences of the rash administrative cleaving of the subcontinent into three parts—India, West Pakistan and East Pakistan. The author focuses mostly on the Eastern front, which is her main area of investigation throughout the volume. Here she competently discusses the role of various actors in the tragic drama. The happenings on the Eastern front revealed that, despite blunt administrative action on the part of the colonial state, the ‘Partition was a messy and long-drawn-out process’. In fact, it was such a long process that ‘it is still unfinished today’ (p. 50).

The primary strength of the volume is its strong social content. The author depicts in detail, and with much documentation, the tortuous experiences of the common people who were most affected by the political and administrative decisions and were compelled to cope with them in their own ways, mostly without any outside help. It portrays their sufferings but also their tenacity and the will to live. The essay on relief and rehabilitation of the refugees in West Bengal, ‘Rights or Charity’, clearly brings out not only the massive human tragedy of the Partition but also the agency of the people who tried various means to assert their right through resistance and struggle against official stereotypes (continuing even in post-Independence days) of lazy Bengalis. Whereas the government agencies conceived the issue of rehabilitation from the point of view of charity, the refugees regarded it as their rights and insistently fought for that.

The essay ‘Dispersal and Failure’ details the tortuous experiences of a large group of refugees who were forced to settle in a remote village without much amenities and in total disregard for the earlier individual occupations of the migrants. This venture, along with several others, ‘proved to be a failure of catastrophic proportions’ (p. 312). The refugees wished to move into areas which were relatively suitable for the professions they were earlier engaged in. However, the government, with its skewed logic, wanted to push them all into one groove, working with the policy of dispersing them ‘from the areas in which they were concentrated, and in particular to get them out of Calcutta’ (p. 323). But all the refugees did not take it lying down. Claiming to have made greater sacrifice for the nation, many of them occupied vacant properties of reverse migrants or even those of the inhabitants and stayed back in the city rather than being herded out by the government agencies.

‘Of Graveyards and Ghettos’ picks up the story of Partition from the opposite angle. The migrants into India are here not victims but aggressors who forcefully occupied the Muslim graveyards and even the lands of the non-migrant Muslims. Increasingly this process forced the Muslims into ghettos in the cities or compelled them to move to the outskirts of the State where they could claim security with their co-religionists. The situation was such that community bonds were getting increasingly reinforced. Those who left their homes and hearths faced the situation of uncertainty and insecurity. But those who remained within a hostile territory faced a predicament in which humiliation and marginalization was even more marked.
This brings us to one of the important essays in the volume related to those who did not migrate but chose to remain for whatever reasons. This ‘immobility in the age of migration’ is a theme which is relatively unexplored. Although the essay is general and does not engage in detailed exploration of this theme, it points in a direction which holds a lot of research potential.
Of a similar exploratory nature is the essay on ‘Princes, Subjects, and Gandhi’ in which the author endeavours to ‘reveal unexplored dimensions of the Mahatma’s moral politics that call for deeper and more sustained investigation’ (p. 465). A large number of migrants on both sides did not opt for the new-formed republics but chose to escape ‘to princely States, seeking the protection of the rajas, raosahebs, jamsahebs, nizams, and nawabs’ (p. 466). Those seeking refuge in these States believed in the benevolence and justice of the rulers. The author argues that Gandhi also believed that ‘the princely States had a key role to play after Independence, both in the protection of minorities and the rehabilitation of refugees’ (p. 487). His notion of an ethical kingship and its role as protector of minorities and refugees in post-Partition subcontinent was important in his overall conceptualization of trusteeship.

In a slightly different exercise, but equally centred on Partition, the author discusses in detail two books related to the lives of two types of settlers in Britain from Bangladesh (erstwhile East Pakistan)—one set Bengali and another Bihari. She traces the differences and similarities in these two narratives and their versions of assimilation within the broader British society.

Then we come to two important essays on citizenship. She argues that, due to Partition and forced migration, the South Asian states developed ‘an ethnically defined model of nationality founded on the right to enter, the right to remain, and the right to return’ (p. 444). It was an idea of citizenship which ran counter to the then existing British idea of imperial subjecthood. The specific idea came to be evolved out of a series of violent experiences in the wake of Partition. It was repeatedly modified before it was finally settled. The earlier idea of protecting the properties of the evacuees in the expectation of their future return was soon abandoned as the incoming refugees forcibly occupied those properties and refused to budge. This led to the decision to stop the evacuees ‘from returning to reclaim their homes’ (p. 448). Through an ordinance, the Indian Government ‘effectively nationalised all evacuee Muslim property, adding it to the pool of resources out of which India hoped to rehouse and rehabilitate incoming Hindu and Sikh refugees’ (p. 449). Pakistan also enacted a similar legislation to confiscate all property of evacuee Hindus and Sikhs. So, the British idea of territorial citizenship, earlier accepted by both the Indian and Pakistani leadership, was soon abandoned in favour of an ethnic criterion, which developed in the process of coping with the fallout of Partition. This model of citizenship was later adopted throughout the erstwhile British Empire, and even by Britain itself in 1971. The author argues that the South Asian notion of citizenship was not devised only by political leaders and constitutionalists. It was, in fact, evolved ‘as a result of complex interactions between a bewildering plethora of actors’, particularly by the actions of millions of migrants who were forced to escape from homes to the newly formed states of India and Pakistan (p. 498). Thus, it was not an idea imposed from above, but one which developed in a ‘complex, messy, and often ugly’ way and in which the refugees played an active role (p. 498).

Through many of the essays, the author clearly portrays the multi-dimensionality of the Partition picture in which the refugees are victims and aggressors, supplicants and agents, supporters of both the Left Wing and the Right Wing. The major argument, which these essays collectively present is that Partition, massive migration, Independence, and the nature of successor states were all intimately related, in fact part of the same process.

Although given right in the beginning of the volume, the article ‘Decolonisation in South Asia’ may actually be the last in chronological order. It takes a general view of the process of decolonization. Because of its general nature, it is a bit out of place in a volume focused on specific histories. It also appears to be a misfit in the midst of particular histories of Partition and migration in the Indian subcontinent. At another level, because of its stretch over a long period of time it contains certain weak links which make the chain of explanation a little vulnerable. Having adopted an empiricist explanatory model it also lacks the sharpness present in most other essays in the volume. Considering almost every major happening responsible for decolonization leads to none being really a crucial factor, the author actually performs a tightrope walk between the nationalist and sharply non-nationalist (Cambridge School variety) narratives of decolonization, particularly in the South Asian context and I am not sure if she has quite succeeded in reaching the finishing point.

This volume offers a rich collection of essays, which explore many very important aspects of Partition reality. It is a product of meticulous research and incisive thinking over a long period of time. It is an indispensable collection for the students of Partition and migration in the subcontinent. But it also will be of great interest to the students of social history. Both the author and the publishers deserve to be congratulated for presenting these essays in a single volume that is of much use to the readers and researchers.