Of A Life In Fragments 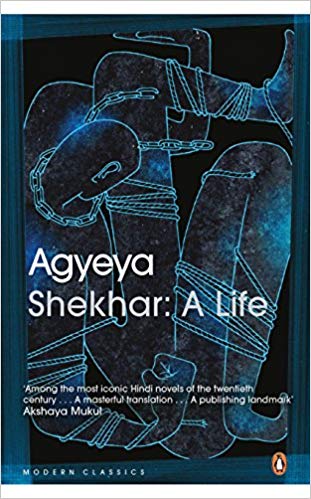 The publication of Shekhar: A Life marks a major event in the growing body of Hindi literature available in translation in English. Not only should this be considered an important work from two of the most prominent translators of Hindi and Urdu working in English today, but it also fills a crucial gap in our understanding of Hindi modernism. Originally published in Hindi as Shekhar: Ek Jivani, the book, along with very different works such as Premchand’s Godan (The Gift of a Cow) and Phanishvarnath Renu’s Maila Aanchal (The Soiled Border), stands as one of the most important Hindi novels of the twentieth century. With its translation into English, we now have the ability to bring our understanding of this work into Anglophone scholarship—and, not least, to enjoy this monumental and wide-ranging novel.

Sachchidananda Hiranand Vatsyayan ‘Agyeya’ (the pseudonym means ‘Unknown’) was born in 1911, and by the time of his death in 1987, he was one of the most accomplished writers and editors in modern Hindi. He was a contributor and editor for the seminal anthology Tar Saptak (A Heptad of Strings) which, when it was published in 1943, inaugurated modernist poetry in Hindi. In the anthologies Dusra Saptak (Second Heptad] and Tisra Saptak (Third Heptad) which followed, Agyeya helped to establish a canon of modernist verse that persisted throughout the twentieth century. His work as a novelist and short story writer was equally important, as a precursor to the well-known Nai Kahani (New Story) movement, and as a key moment in the reception of Existentialism in South Asian literature. Shekhar is Agyeya’s first published novel, released in two parts in 1941 and 1944; it was followed by Nadi ke Dvip (Islands in the Stream)in 1952, and Apne-apne Ajnabi (To Each His Stranger) in 1961. These latter two novels have been long available in translations prepared by Agyeya himself. But his first and most formally daring work has been unavailable to English-language readers until now.

Shekhar presents itself to the reader as a biography of an individual, named only Shekhar. It is divided into two books; famously, a third book was never released. It is, however, appropriate this work can never be considered complete and whole, since it presents a life that is broken up into fragments, and which resists not only the novelistic expectation of conclusion, but also expectations of character and of the relation between character and the world. Its protagonist moves from one social circle and commitment to another, constantly entering into social commitments, before retreating into meditation and loneliness. If this is to be considered a ‘biography’ or jivani, then, it is a biography which will maintain a tension-filled connection between its subject and the environment with which he engages.