From Darkness Unto Light? 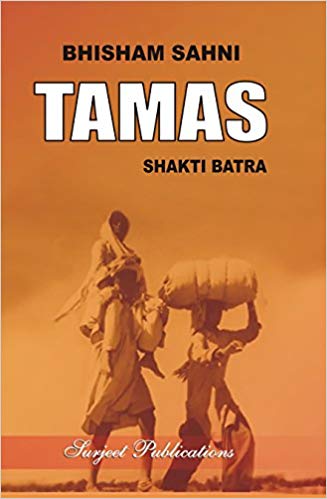 There are at least two (likely more) common criticisms that are made of translations. The first and perennial one is that translation necessarily betrays the original, that it fails in a fated, deep way to honour the unique problem that meanings created in one language cannot cross the Lakshman Rekha into the alien and threatening universe of another. The second and perhaps equally vexing one is that when dealing with non-European languages, where more than one translation of a text is highly unlikely, a translation that makes a mistake is unforgiveable. As a result, the first translation bears the double burden of not only translating correctly but also of representing singularly. Translations, then, doubly threaten literary heritage: they risk polluting the canon’s bloodline and they generate literary orphans and perhaps even bastards.

This is partly the reason so many reviews of translations spend so much attention focusing not on the translation, its style, its rhythms, its idiosyncrasies, but rather on the original. Look at almost any review of a translation and it will read like a missing introduction to the original text. This is both understandable and completely unreasonable at the same time. Because the original is unavailable (presumably) to readers in the translated language, the assumption is that readers will have no reason to pick it up if they do not know something about the author, the context of the original, its significance and so on. (Such reviews are also notorious for pointing out the failings of a translation in the last paragraph or two and reminding us that the reviewer is perhaps the better translator).

We should, however, be wary (and weary) of such reviews, because they misunderstand what translation is, how it works, the craft involved in it, and most importantly the humanistic and ethical impulse behind them. Translations are neither grammar exercises nor the literary equivalents of Lonely Planet’s guide to an exotic locale. They are, first and foremost, exercises in linguistic and literary openness, attempts to stretch and grow beyond the limits of boundaries, to demonstrate the frailties of our own current understandings and the wonders that are possible when we are pressed to overcome them. As such, translations must be read not as pale facsimiles of the original to which only the select Brahmins have access, but as self-contained units whose novelty bursts our conception of such stale categories as the ‘real’ and the ‘faithful’. Salman Rushdie gets many things incorrect about South Asian literature, but about this, he is insightful: ‘It is normally supposed that something gets lost in translation; I cling, obstinately, to the notion that something can also be gained.’