No Isms by the Riverside 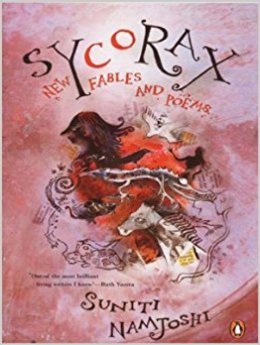 For a hedonistic reader who reads purely for pleasure, it is galling to constantly be told what to look for in a book—that its worldview is coloured by certain political views or a childhood trauma or an agenda. Or that so and so’s writing is today’s fashionable flavour, magic realism, so you criticize it at your peril. Worse still is it to have your favourite writers—long since gone and taken their wages, bless them—labelled racist, sexist, imperialist or what have you. It’s no use protesting. Meaning is fascist, aver the deconstructionists and we have perforce to accept that what we see is what we are intended to see; that underneath that charming façade lie all kinds of hitherto undreamt of horrors. Which explains the delicious sense of satisfaction, of having turned the tables on your tormentors, when you escape the critics and come afresh to a feted writer like Suniti Namjoshi, well-known feminist writer, to find a whole delightful new world. Not being very fond of the genre,

I had read none of her previous books nor any reviews of them when I began Sycorax: New Fables and Poems. Expecting gloom, doom and heavy-handed isms, it came as a great surprise to find something so light, airy and refreshing—a very soufflé of a book. This is not to accuse it of being insubstantial, for the issues it addresses are serious ones—old age, death, love, identity, motherhood, child abuse… Yet, these are approached obliquely, making them more bearable (for as T.S. Eliot said, mankind cannot bear very much reality); a lightness of touch, a playfulness and an acceptance of what is. Farfetched as it may seem, these qualities seem to echo the underlying worldview of well-loved childhood classics like The Wind in the Willows. For instance, take the fable ‘Entente Cordiale’, in which Suniti is Suniti, who has failed to live up to her Sanskrit name, and River, equally inappropriately named, is a kelpie—whether the Australian dog or the mythical creature is unclear and immaterial. The camaraderie between them as they sit side by side staring at the waters of the muddy Yarra emerges as more important than the issues that they are arguing: ‘After all, it was pleasant by the riverbank.’

This whimsical attitude to life and the absence of strife, characteristic of Namjoshi’s writing, are what make this book so delightful. There is much food for thought, but not a trace of anger or bitterness. This is remarkable enough. But in one who once said, ‘I belong to India and to the West. Both belong to me and both reject me,’ it is astounding. As to belonging to India, one must add that she is quite unlike any other Indian writer. Hers appears to be more a western than an Indian sensibility, despite the childhood and early adulthood spent in India. If I had to compare her to any other writer, I would say that in her inventiveness and quirky originality she is most like Muriel Spark.

Poetry is often hard to understand and requires a greater effort on the part of the reader than fiction. Namjoshi thoughtfully begins this collection with a letter to the reader that describes her main preoccupations in the book, and what triggered these reflections. The preface is as interesting as the rest of the book, offering a poet’s take on poetry, as well as an explanation of some of the poems, including the eponymous ‘Sycorax’ and ‘Twelve Ways of Looking at a Giant’.

Despite the explanations, though, there were some poems and fables that I found rather obscure. The theme of the monkey and the crocodile, for instance, meanders on and on, going nowhere. Perhaps there is some point to it that subsequent readings may reveal. For this is a volume that can be read and reread. In fact, it represents a little treasure-trove that one may dip into at idle moments and emerge refreshed and energized. I joyfully recommend this book to readers of all ages and persuasions.

Harini Gopalswami Srinivasan is an editor at the Indian Institute of Management, Bangalore. She is the author of two books for children— Zoo Duck, a picture book (Children’s Book Trust), and The Smile of Vanuvati, (Tulika). Email: harinigs@gmail.com