‘No Half-measures Or Ambiguities’ 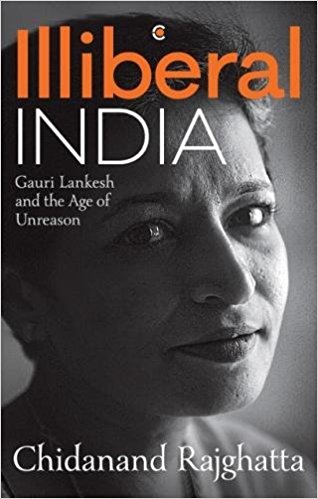 Dissent has had a long and hoary history within India and outside.  By definition, dissenters struggle against those in power and raise their voices in protest, while rallying others to do the same, thereby inspiring still others in eras yet to unfold.  The great 12th century dissenter of Karnataka, Basava, was the main inspiration for the feisty, principled journalist, Gauri Lankesh, who was gunned down by a Hindu Right Wing group on September 5, 2017.

To call every dissenter a ‘terrorist’ or an ‘extremist—as an autocratic state is wont to do–may miss the mark altogether, for many dissenters, like Gauri herself, are firmly on the side of democratic values like liberty and equality.  A dissenter like Gauri was also a defender of the nation’s constitutional principles.

Somewhat belying my expectations, this book provides an engaging and warm tribute to an ex-wife by veteran journalist Chidanand Rajghatta.  Despite the fact that their marriage barely lasted five years, and despite the remarriage of the author to an American, Mary, Rajghatta and Gauri managed to drum up enough goodwill between the two of them to last through Gauri’s lifetime at least.  In fact, Gauri was even allotted the role of godmother to Rajghatta’s two children with Mary—a role that she played with gusto.