Dynamics of Inclusion and Exclusion 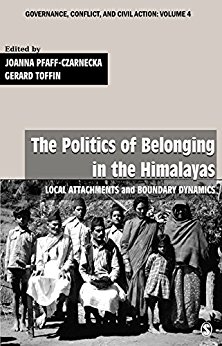 Escalating demands for the recognition or reordering of territories and people characterizes popular movements in several parts of South Asia today. This political volatility is, in some measure, the result of a larger, but uneven, advance of economic globalization. But it is not for the first time that new social identities have arisen from the differentiated manner in which large scale socio-economic change has taken place across the sub-continent. South Asia’s contentious engagement with ‘modernity’ and methods of enumeration fashioned new groups and communities in colonial times. These were also partly the product of ‘orientalism’ as it is now commonly understood. Somewhat different have been the subsequent efforts at state-sponsored social engineering through nationally inspired ‘development’ programmes in newly independent countries. During most of these societal transformations, the northern mountainous fringe represented by the Himalaya has remained peripheral but certainly not insulated. Many of the issues examined in this volume are implicitly connected with how the larger changes occurring in the subcontinent played out in the mountainous region.