Indian Philosophy And The Oriental Spirit 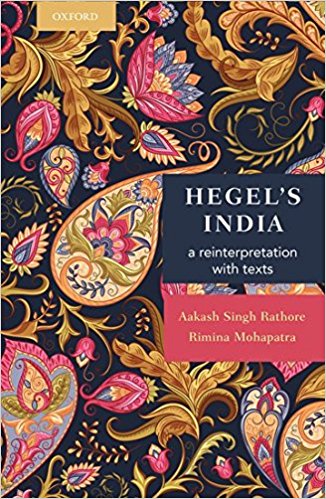 This is an important book at a significant time. It makes some incisive points on how the Anglophone world has refused to, and continues to ignore, the contributions of ‘far-reaching philosophical systems’ that arose outside the so-called western traditions. Hegel was one such philosopher, who, the authors argue, suffered from the vices of his era, including that of racism, orientalism, chauvinism, religious bias, pride of cultural superiority, and anti-semitism. The authors, intriguingly, go a step further and argue that Hegel dismissed ‘Indian thought with acerbic contempt’ because `that which was most impressive to Hegel about Indian philosophy also posed a grave threat to him` (p. 80). It reminded him of the painful fact that a substantial part of his cutting-edge philosophy ‘culminated in no more than those precious insights already enjoyed by distant philosophers centuries before’ (Ibid). Hegel made great efforts to distinguish the construct of the Brahman—as the Absolute—from his own ‘philosophy of the emergence of the Absolute’.

Three decades of postcolonial theory in India and elsewhere seems to have fructified in not only laying a claim to the rich traditions of Indian philosophy but also in mustering the courage to expose the possible lack of magnanimity of western philosophers in acknowledging some of the contributions to the philosophical systems that could have preceded their own understanding and elaborations.