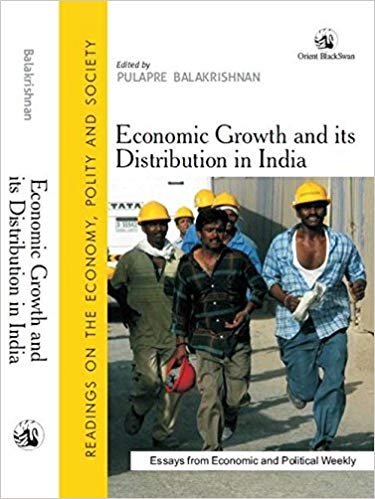 The book under review is a collection of 22 essays published in EPW on the theme of economic growth in India and its distribution between 2005 and 2014 divided into four sections. The first section, ‘The Long View of Growth in India’, containing four chapters, provides an overview of trends in economic growth in India in the last century, from 1900 to 2005. The trends in growth of GDP shows that there was a trend break in 1950-51; economy grew much faster in the second half of last century. Between 1900 and 1947, the growth in per-capita GDP was near stagnant for undivided India; whereas between 1947 and 2004, GDP per-capita grew 250%. Within the second half of last century itself, there was another trend break in 1980-81. Per capita GDP grew at the annual rate of 3.6% after 1980-81 as compared to 1.4% prior to 1980-81. Therefore, Deepak Nayyar argues that the economic performance of India cannot be attributed to the economic reforms initiated in 1991-92; the post-Independence view of economic growth suggests a trend break in 1980-81 and not in 1990-91. Atul Kohli attributes the trend break in 1980-81 to the shift in the post-emergency political economy. After Emergency, Indira Gandhi chose to shun the state centric model, which she had pursued in the initial years of 1970s. She sought alliance with big business, prioritizing economic growth and downplaying distributive concerns. Her approach shifted away from Left leaning state intervention founded on socialist principles to Right leaning state intervention where a capitalist path of development is envisaged. Kohli suggests that the realization of difficulties in implementing anti-poverty measures such as land reforms and the experience of state support of private producers helping agricultural revolution in India leading to the Green Revolution might have changed the approach of Indira Gandhi. This section, however, does not discuss the issue of distribution of economic growth during the last century.