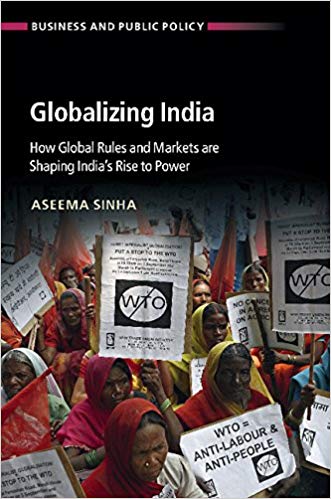 Adeluge of literature has emerged in recent times to explain India’s globalization and how it resulted from a continuous process of interaction between state and non-state actors. The book under review serves as a relevant addition to such literature. It looks at the interplay of domestic and global factors that have shaped India’s trade policies and poses the central puzzle of India’s globalization in the introductory chapter which is that the rapid changes ushered in since the year 2001 comes as a surprise for the rest of the world. The critical role of wood-reformers, a term that the author uses recurrently for the coalition of actors within the global framework of trade rules and regulations, is noteworthy in this regard. Most importantly, India’s increasing negotiating capacity in such forums as G-20 has given a new strength to its position as an international player. Viewing shifts in domestic interests and economic strategies, a more regular and well-informed corporatist interaction between state and non-state actors is seen to be in place since the beginning of the new millennium. This is in contrast with the fragmented trade regime till the 1990s. While domestic dynamics accompanied by the structural changes of the 1980s were more effective to push for reforms of the 1990s, deeper integration of the 2000s is seen to be driven more by global drivers particularly global rules and markets. How this has  occurred is a central objective of study in this book. It is clear that the integration has not been an easy ball game with a package of push and pull factors posed by external actors and institutions. This is well evinced by the cases of textile and pharmaceutical sectors of India.