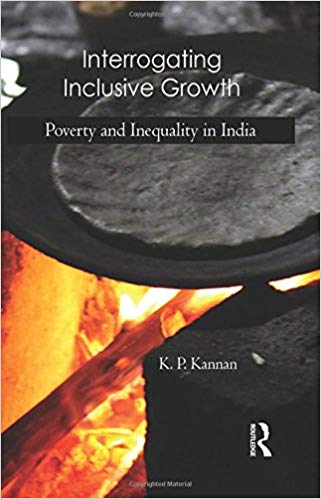 KP Kannan’s book is an empirical study on India analysing the socio-eco-nomic developments of the Indian economy since the onset of the liberalization process. Kannan, through empirics, questions the validity of the mainstream economic concept of trickle-down economics in the context of the Indian economy. He also analyses another question, which has recently drawn the attention of many social scientists. It is to empirically check whether, in the Indian context, there is any significant correlation between the social status of an individual identified by caste, religion, work status with their economic prosperity. Based on his findings, Kannan argues that the ‘success’ story of India’s growing economy has left out a major section (more than three-fourths) of the Indian population, who are the Aam-Aadmi or the ‘common man’. He also finds that, in India, people belonging to SC/ST and Muslims are the worst sufferers, and, mainly those associated with the informal economy. It thus opens up a space for further debate and discussion, not only among the policymakers but also among the progressive political organizations, to determine the future agenda of the Indian economy. Based on the NSSO surveys of Employment-Unemployment and Consumption Expenditure, Kannan, using the latter, classified each sample household as belonging to ‘extremely poor’, ‘poor’, ‘marginal’, ‘vulnerable’, ‘middle income’, and ‘high income’ group depending on their monthly per capita expenditures. The results based on the survey done in 2004-05 show that around three-quarter of the Indian population is poor and vulnerable, which implies that this vulnerable group is subsisting on an average per capita expenditure below USD 2 per day. Among them, the two social groups which are at the bottom are the SC/ST and the Muslims, followed by the OBCs. The top layer comprises the ‘Others’. Kannan, not surprisingly, finds a strong correlation between no or low level of education and, their ‘informal’ work status, and therefore, poverty and vulnerability. In his State-wise analysis, the scenario is very similar to the all-India situation. The author reports, as of 2005, there is only one State in India, Punjab, where the majority is neither poor nor vulnerable. Through an econometric analysis of all the Indian States, Kannan finds that the low social status and low level of education impacts significantly on poverty and vulnerability individually rather than as an interacting force. No Indian was an exception to the relationship between informal work status and poverty and vulnerability. The regional inequality in poverty and vulnerability is overwhelmed by social inequality across majority of States. In these States, an overwhelming ratio of adults with low levels of education in three social groups—SC/ST, Muslims and OBC—are also poor and vulnerable.