Narrative of a Life and a Movement 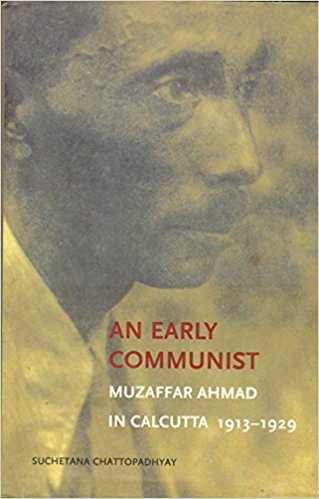 Suchetana Chattopadhyay’s book is three things wrapped in one cover. It is a narrative of the life of Muzaffar Ahmad, the founding figure of the Communist Party of India at the Bengal front. But it is not a biography of this leading Indian Communist. This book is rather about a few early years of Muzaffar Ahmad’s life, a period from 1913 to 1929 to be exact, bound by the two years signifying Ahmad’s entry into the city of Calcutta in his early youth, on the one hand, and his emergence as one of the central figures of Indian Communism in relation to the Meerut Conspiracy case and the foundation of the Communist movement in Bengal, on the other. By centring round the life of an early Communist the author also explores the early phase of Communist politics in the region. The author, however, focuses on the city of Calcutta. This reveals the third aspect of this academic venture, i.e., comprehending the spatial perspective of the early Communist movement in Bengal.

The author reads the early response of the City of Calcutta, which had been the prime mover of colonial politics and anticolonial activities in the eastern front, to the incoming ideas of socialism to evolve out of it an alternative mode of decolonization as well as a wider struggle for human emancipation. Ahmad’s initiation into socialism and his own contribution to the emergence of a new brand of politics out of it have been understood in this geographical setting. The author thus addresses a crucial question related to Indian Communism regarding its roots in and relevance to the Indian necessities. Through a cityscape she shows the significance of socialism for moulding a sensitive youth with an awakening political mind.