A Fertile Nursery for Christianity 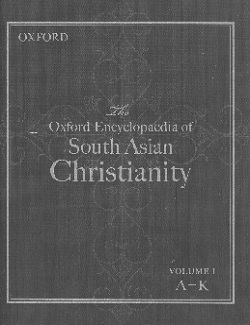 The Chhotanagpur region, in the news as the very heart of the Maoist movement, is arguably also at the epicentre of theChristian discourse in India, both by its protagonists, and by the Hindutva Parivar which challenges it and has launched its own political and religious proselytizing in the region that stretches over many states in Central and East India.The entry on Chhotanagpur in The Oxford Encyclopaedia of South Asian Christianity explains both the strengths and grey areas, if not the blind spots, of this otherwise pioneering and brave work on the subject. Brave and ambitious because it debuts even as the publishers of Encyclopaedia Brtiannica, the dowager empress of them all,announce they arenot going to print the next edition of its celebrated volumes, leaving them on the Internet to be looked up or downloaded by those who have paid the fees. These two hardbound volumes are comfortably tactile, even reassuring in their classical gold embossed format which beg to be opened and read even if one is not searching for any-thing in particular. That is where Chhotanagpur comes into the picture with its bland linear column and a half narrative of the place and the advent of the protestant church.
The narrative remains comparatively sketchy considering the importance of the region. Though written by a Jesuit, the article makes no mention of the role of theJesuits and other Catholic orders in the 19thand 20thcentury, nor the region’s social and religious situation in contemporary times with government attempts to control the church and religious majoritarian persecution.