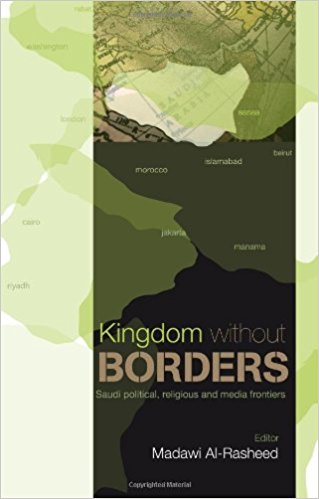 Books on Saudi Arabia have appeared in three distinct waves. The first wave sought to explore and understand the mysterious Saudi world. Harry St. John Philby represents the first wave. As an employee of the British Colonial Service, he visited the country. He decided to stay on, converted to Islam, married a Saudi woman, became a friend and confidant of the then Saudi ruler Abdel Aziz ibn-Saud, wrote books on what he witnessed, arranged oil deals and made a fortune for himself. His accounts talk of the camels, deserts, tents and tribes. Then came the oil boom. The Saudis became rich beyond measure. The desert kingdom transformed into a fairy-tale version of palaces, kings, cars and oil infrastructures. Robert Lacey captures the kingdom of those days in his 600-page book of the same title: The Kingdom. Earlier, he had written great tales of the British royalty like Queen Elizabeth II, Henry VIII and so on. All he needed to do for the Kingdom was to recreate the glitter and glow of the British monarchy to the Saudi soil.

He spent long years in Saudi Arabia, managed to interview virtually everyone he wished to from the then King Khalid onwards. He was given access to the royal photo collection and the permission to reproduce them. The book is delightful with royal pictures, family jokes and visual details.

After Saudi Arabia the mysterious, and Saudi Arabia the opulent, it is the turn of the third wave of books on the country. Let us call it: Saudi Arabia, the evil. After 9/11, there was a clamour to visit revenge on the Saudis. Regime change in the Kingdom was discussed as regime change in Iraq was being contemplated. There were proposals to slice up the country and bring its oil-rich areas under direct US control. A responsible voice in the US establishment recommended nuking Makkah and Medina. A telling title of a book published recently is Sleeping with the Devil: How Washington Sold our Soul for Saudi Crude. It is written by Robert Baer, a veteran CIA agent. The Saudi state has been built on thievery, it nurtures terrorism and promotes corruption, the book says. Greed has marked the US policy towards it and the result has been 9/11, it concludes.