Muses of the Nation 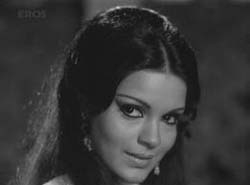 This is a surprising collection of reasonably longish short booklets – called monographs by general editor of the series, Nasreen Munni Kabir – about some of the heroines of popular, commercial and mainstream Hindi cinema, starting with Nutan of the 1950s, Saira Banu, Mumtaz of the 1960s, Zeenat Aman, Jaya Bachchan and Smita Patil of the 1970s, Madhuri Dixit of the 1980s and 1990s. Farah Khan, choreographer-turned-director of the first decade of 2000s, and Aarti Bajaj, the editor give a slightly rounded picture. Aparna Sen, the actress-turned-director from Kolkata stands out because her career as an actress spans the 1960s and 1970s, and as a director from the 1980s to the present.

Whatever suspicion one had about the publishers, Zubaan, who are committed to doing books with a feminist flavour are soon dispelled as the authors provide interesting, journalistic narrative of the women in films. There is no rant as such against the male gaze which had really constructed the image of eight of these heroines. As a matter of fact, Namrata Joshi writing on Mumtaz turns it around in an interesting way: ‘The most unusual aspect about her character in Rustam-e-Hind is that she embodies the female gaze. In a scene, she is boldly admiring the body of the man she loves…An appreciative and adoring woman’s eye only added to the machismo of the hero, which was the main draw of the stunt and action movie.’

These booklets show up the difficulty of writing about women who have dominated the big screen and became icons for a vast majority of young women and men of the country. They are based mainly on interviews these women gave to film magazines and newspapers. Their personal lives still remain in the realm of hearsay. There is nothing like up close and personal. The closest we get to is with Kaveree Bamzai’s direct meeting with Madhuri Dixit when the actress talks about her middle class, suburban life in the United States.