Mr. Burton is not Impressed 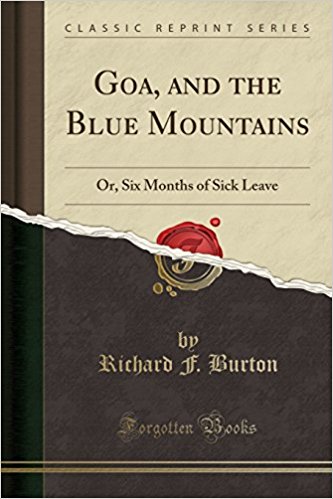 Benjamin Disraeli could well have had Sir Richard Francis Burton in mind when he remarked in his novel Tancred that the East is a career. Following his expulsion from Oxford for unruly behaviour, the young Burton headed East under the auspices of the East India Company, to become at various points of time an explorer, diplomat, soldier, translator, poet, writer, linguist, Sufi mystic and a most remarkable Victorian. Later, he was to translate the Arabian Nights and the Kama Sutra as well as undertake a pilgrimage to Mecca in disguise.This is not a biography of Richard Burton; there are already a good half dozen of those in existence. This is, rather, the story of a little vacation he took to recover from cholera in 1847. Like many other British officers in similar circumstances he made for the hills, but took a most scenic route. To wend his way to Ooty, as per orders, Burton travelled leisurely down from Bombay to Goa and thence to the Malabar Coast and thereafter overland to the Nilgiris.