Moral Imperatives of the Development Paradigm 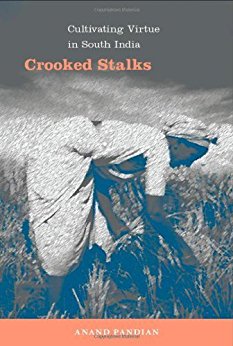 Crooked Stalks is a powerful reminder, especially to those who believe otherwisedespite mounting evidence to the contrary, that development is not a codewritten computer programme. In this wellresearched study of the Piramalai Kallar community of southern Tamil Nadu, Anand Pandian blends precolonial past and colonial history to arrive at an understanding of the moral and material impetus that at once hinders and drives the modernday denizens of this warrior community. Crucially, Pandian uses his ethnographic account to argue that development is not merely a question of material advancement but also of moral progress and that, in fact, it is often the moral imperative that crafts the very material architecture of development. The book explores how different actors, from precolonial peasants and itinerant poets to colonial era officials and zealous missionaries have visualized the possibilities of development, and how these ideas, drawn from two different strands of time and philosophy, continue to fashion the selfperceptions of Piramalai Kallars today.

The moral injunctions of the precolonial past not only emphasize ethical conduct but also link the cultivation of the agrarian landscape with civilizationa concomitant cultivation of the individual self itself. This notion of agrarian civility can be found in the pithy didacticism of the Tirukkural and compositions of Auvaiyar as well as texts of canonical Tamil literature such as the Silappadhikaaram. It continues to inform the patois of the Cumbum Valley, where the Piramalai Kallars are now either settled agriculturists or have found numerous other routes, some of them dubious, to reasonable prosperity.