Gandhi on the Analytical Table 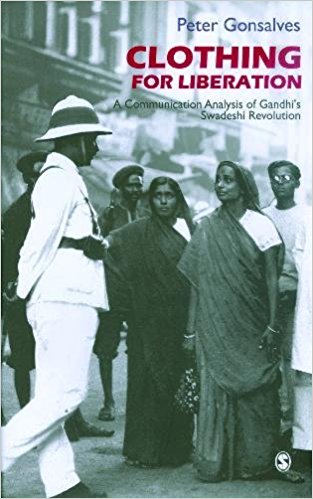 This slim book seems to be the outcome of a well-meaning attempt to understand thoroughly the communicative aspect of Gandhiji’s personality and politics. Much energy has obviously gone into the enterprise; the many tables, appendix, the pages of endnotes at the end of each chapter as well as the long bibliography are a result of some fairly extensive research. Gonsalves is interested in studying the aspect of non-verbal communication in the making of Gandhi’s political impact, with particular emphasis on clothes: the bare minimum that Gandhi used. The significance of non-verbal indicators in the process of communication is vital but has been little understood. Studies on Gandhi, especially the biographies, have drawn attention to the care which the Mahatma took to see how the message he taught was encoded in his own person. He chose to be a ‘half-naked fakir’; it was perhaps beyond Churchill’s understanding that his epithet of contempt was probably the best compliment he could have paid Gandhiji’s life-long commitment to the cause of the powerless.

Attempting to fill the lacuna in Gandhian scholarship on the role that clothing played in the Mahatma’s message of nonviolence, Peter Gonsalves explores the transformations in Gandhiji’s thought as seen in the transformations he made in his attire. So the author traces the significant shifts in Gandhi’s life from his student days in England to the last turbulent days of the partition and his death. The focus is on the clothes that Gandhi thought appropriate for his role as a public servant and the leader of his people at each stage of his long political career and the symbolism of such attire.