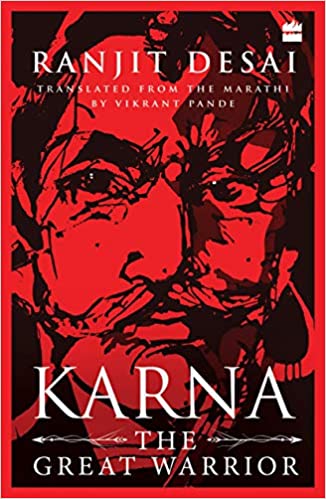 Any survey of modern Marathi literature from the mid-19th century onwards is bound to show up its fascination for and engagement with historical and mythological subjects whether in drama or fiction. In the wake of the Dramatic Performances Act imposed by the colonial government in 1876, Marathi drama in the later decades of the 19th century deployed Hindu mythological themes as a ruse to present nationalist yearnings: the play Keechakvadh is an excellent illustration of how mainstream Marathi literature appropriated Hindu epics in the cause of nationalism. This play portrays Bal Gangadhar Tilak as an avenging Bhim out to destroy the molester of Draupadi, who in turn became a fitting and convenient female figure to embody the Indian nation. The threatened loss of honour had to be avenged and the nation to be rescued from the enemy; the middle-class audiences of these plays resonated to the magnetic call of a patriarchal nationalism served through a retelling of a well-loved story from the Mahabharata.

Paradoxically enough, even after Independence, in times when the mythological camouflage was no longer necessary, a stream of popular Marathi fictional writing continued to mine the middle-class Maharashtrian’s seemingly perennial fascination for the Mahabharata. During the sixties and the seventies several novels were published that continue to be popular in present times. VS Khandekar published Yayati in 1959; Shivaji Sawant wrote the very popular Mrityunjaya in 1967; Anand Sadhle’s Mahapurush came out in 1969; GN  Dandekar wrote two novels Shri Kamayan in 1962 and Ajoon Ahe Jage Gokul in 1963 and Ranjit Desai published Radheya in 1973.