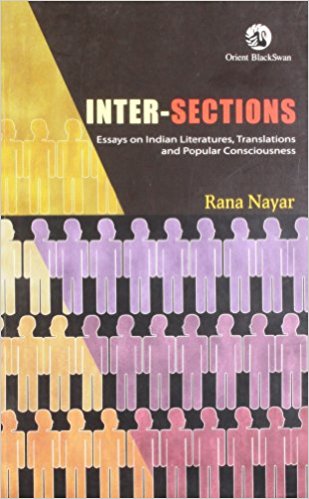 Whether it were Lionel Trilling and Oscar Handlin in the 1920s or later in the postmodern period, the revision of literary canon to include the voice of women, gays and lesbians, has always carried political undertones. Besides, under the influence of postcolonial literary theory, most Indian scholars of English literature also shifted their attention towards Indian ‘literature(s)’. If postcolonial theory empowered Indian scholars to challenge the canon of English literature in India, the onset of cultural studies in India made teachers of English literature in Indian universities respond also to films and media.

Nayar’s book titled Inter-Sections: Essays on Indian Literatures, Translations and Popular Consciousness can be seen in the above mentioned context. Divided into four sections, the book deals with four major issues that have been buzzing in Indian academia for a few decades. The book re-reads ‘Indian Literature’; studies Punjabi literature (regional literature), deals critically with issues of translation studies in India and also includes the author’s reflections on media. At the end, the book critically examines the relevance of theory and makes an appeal for the revival of humanism in the study of literature in India in present times.