Migrants in Search of Identity 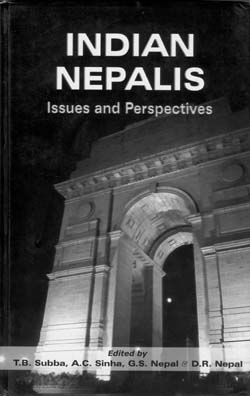 Indians of Nepali Origin (INO) could be described as the unrecognized dimension in India-Nepal relations. They are also a little-understood and under-estimated component of India’s pluralistic mosaic. Their number is hard to guess; they are often merged with the seasonal, longer term or permanent immigrants from Nepal who cross the border in search of the opportunities provided by the 1950 Treaty of Peace and Friendship and the 1750 km long open border—a Treaty which incidentally is resented equally by INOs as well as by most people in Nepal, obviously for opposing reasons. The stereotypes associated with Nepal—a source of cheap domestic help for India’s middle class, of reliable chowkidars and valiant but increasingly insecure soldiers in the Gorkha battalions—extend easily towards INOs as well. Their presence is more often than not resented by indigenous populations in the Indian States where they settle, because of economic as well as social factors.

Their protestations that they are Indian citizens, living through several generations in India and with sometimes little to connect them with Nepal except a usually recognizable different dialect of their mother tongue Nepali—which incidentally is also one of the languages recognized by the Indian Constitution—fall on deaf ears. Their demands for a separate Indian identity e.g., through establishment of a state of Gorkhaland, is treated as a political irritant to be addressed through the laws of political expediency, rather than a justifiable aspiration on social, cultural or linguistic grounds. Their attempts to distance themselves from Nepal by seeking a different nomenclature which is neither Nepali nor Gurkha have not led anywhere.

Indian Nepalis is a collection of  25 papers from among the presentations made in English by participants at a seminar in Gangtok held in 2006, under the auspices of the Indian Nepalis Study and Research Centre (it would have contributed to a better understanding of the issues involved if there had been at least a summary of the presentations made in Nepali). It is undoubtedly a useful addition to the somewhat sparse material available on the subject, and has some thought-provoking analyses. However, it does not pretend to be more than a first step towards a better understanding of the subject.