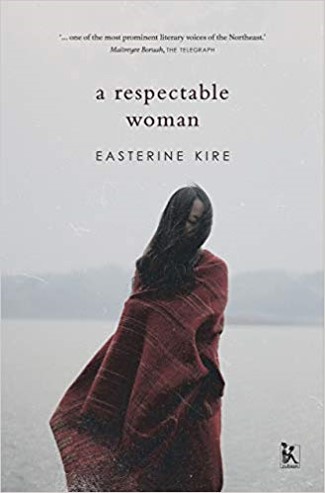 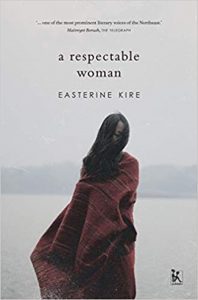 The opening line of the new novel by Easterine Kire, A Respectable Woman, resonates with a popular passage of the Bible (Ecclesiastes chapter 3) where the wise King Solomon articulates that there is a time for everything and a season for every activity under heaven. In verse 7 of the passage we read of ‘a time to be silent and a time to speak’. The narrator and protagonist of the novel, Kevinuo, says, ‘It took my mother, Khunuo, exactly forty-five years before she could bring herself to talk about the war.’ The statement indicates a period of silence on the subject. And interestingly, silence is not about forgetting but a process of letting matter, the trauma or tragedy in this case, sink in until one can be strong again to talk about it. Most cultures, in a sense, share this truth.
A Respectable Woman (ARW henceforth) is woven around the story of a mother telling her experiences of growing up at a defining moment of Kohima and people who lived through the Second World War. Divided into three parts, the novel chronicles the memories of the mother and traces the family relations in Part One. Part Two begins with the birth of the protagonist-narrator and her growing up ‘to witness different happenings, some of them good, some much worse…’ Part Three is largely a continuation of the narratives from the previous ones but focused on personal battles that the protagonist had to confront mainly with the tragic death of her closest friend, Beinuo, due to abuse by her husband and taking custody of the orphaned girl. While the plot of the novel is centered on the stories of Kevi and her mother, it is interwoven with the memories of the grandmother and other elders of the community about certain aspects of the past, and in this case the times around the war.

Memory of the period is important because it was a time of tremendous changes, not just for people living in and around Kohima, the centre of the action, but also for the Nagas as a whole as there was a paradigm shift in the political and social dynamics. So significant is the war in the novel that there is repeated use of the phrase ‘before the war’ to demarcate a historical timeline.