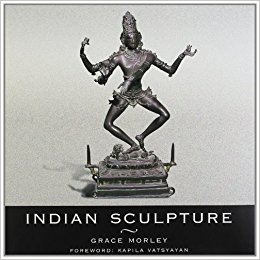 What could one expect an elderly non- Indian, a specialist in modern European and Mexican art to contribute to the creation of a museum of Indian ancient and medieval art? Not much, one would reasonably predict. But Grace Morley proved her critics wrong. Appointed the first director of the National Museum of Art in Delhi in 1960, despite her age (60 years) and despite her unfamiliarity with Indian art, Morley succeeded in not only giving the National Museum ‘a character, a body and shape’, but also in ‘(putting) India with its vast and valuable art treasures on the world map’ in the space of just six years. In her warm Foreword to Indian Sculpture, Kapila Vatsyayan describes how the American museologist, reputed for being an ‘unapproachable, aloof and an exacting taskmaster’ became ‘a friend, guide and philosopher.’ ‘I became a pupil,’ says Vatsayayan, ‘ Or may I say a disciple.’ Each opportunity of working with her ‘became an enriching, eye-opening experience.’ Praising Morley’s enthusiasm for the heritage of Southeast Asia, her meticulous attention to detail and her tireless energy, Vatsayayan describes how ‘years of arrears of accessions were cleared…