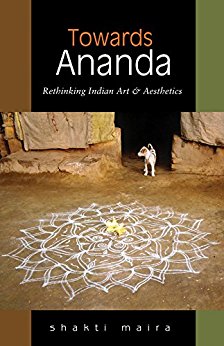 The study of Indian aesthetics came to the forefront following the publication of K.C. Pandey’s work around the mid 20th century but subsequently it suffered from neglect. Several sporadic attempts have been made to revive interest in the subject quite recently. The Journal of Arts and Art Criticism in the mid 1950s had devoted a special issue to Indian aesthetics and had contributed to facilitating a lively debate around Indian aesthetics in comparison with western aesthetics. Those were the heydays of the comparativist approach which seems to have resurfaced in a new guise and in the context of globalization. Just as Gayatri Spivak has recently gestured towards a new Comparative Literature while mourning the death of disciplinarity, perhaps it is time for a new Comparative Aesthetics to emerge that will be relevant to our times. So it was with great interest I turned to this book with a profound title and a promising subtitle.