Maritime World Of The Bay Of Bengal 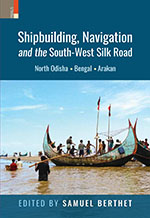 As Samuel Berthet has said in the Introduction, the ‘space of the NBB’ (Northern Bay of Bengal) is studied ‘in the Braudelian understanding of this term: regions animated by dense circulations that trigger interdependence and mutual influences among them’ (p. xii). To a very great extent, the papers in the volume are informed by this understanding. Jean-Francois Salles, in ‘Ancient Maritime Routes and the Bay of Bengal’, and V Selvakumar, in ‘Vangam, the Eastern Sea and Maritime Interactions’, are both concerned with the ways in which these regions were identified and understood in early sources. Salles focuses on the European—particularly Greek —literary sources, while Selvakumar brings in both archaeological and textual sources. Salles has dealt with what he says are the ‘few classical sources of the BC era’ (p. 3), and the ‘new knowledge’ displayed in these classical sources as a result of increased interaction between Europe’s classical world and Asia. Selvakumar raises a number of pertinent questions about the maritime world of the Bay of Bengal and states that ‘networks of connections should be seen holistically’ (p. 51). In both, the range of connections and the links across land and sea to Europe on the one hand and to the rest of Asia on the other is manifest. Of particular interest is the detailing of the many meanings of the word vangam in Selvakumar’s essay.