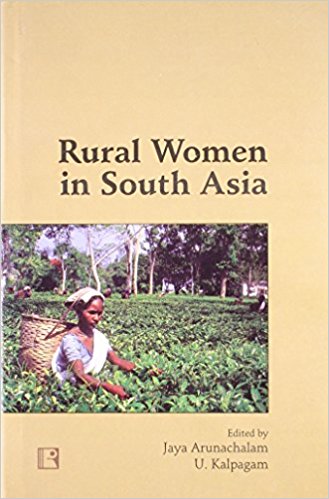 Starting from the inception of women’s studies at a visible level after 1975, the primary focus of scholars in South Asia has been the identification and examination of certain aspects of society which situated women in a different context from those of the western countries. Except for metropolitan India and South Asia where gender issues could displace the issue of patriarchy, the rural areas are strongly entrenched in the feudal-patriarchal structure. This region becomes one of the most important areas to understand how far the development process in the post-colonial period has gone and what the state of women’s conditions in South Asia is. The book under review is an effort towards enriching our understanding of various issues and challenges being faced by rural women of South Asia. The problems of poverty, unemployment, violence and marginality have been discussed and examined with the help of data.

It also raises issues with regard to empowerment of women and plausibility of removing women’s marginality and poverty through a development paradigm. Outcome of the silver jubilee seminar organized jointly by the G.B. Pant Social Science Institute, Allahabad, and the Working Women’s Forum in 2004, the volume consists of twelve papers most of which are based on primary research.