Social Reform and the ‘Women’s Question’ 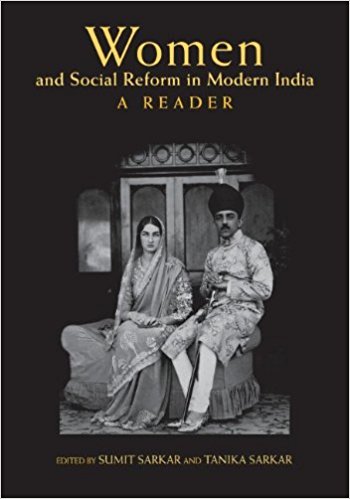 At a time when minorities and women of different classes are facing all manner of threats in the name of nation, culture and religion it is important for historians and non-historians alike to revisit the complex dynamics of social reform and the ‘women’s question’ in modern India. By the late 19th century, some sections of Indian women had indeed benefited from the legal reforms and modern education that were projected both by Indian nationalists and the British colonial rulers as the cornerstones of women’s emancipation. Ever since, our ‘general knowledge’ has highlighted a particular set of issues—banning sati, legalizing widow remarriage, raising the ‘age of consent’ and opposing child marriage—and we have celebrated the men, like Rammohan Roy, Ishwar Chandra Vidyasagar and M.G. Ranade, who championed the reform of socially and morally retrograde Hindu religious practices.

It was, however, only in the 1980s that feminist historiography began to unravel the story of male-initiated reform, viewing specific social abuses as reflective of a larger terrain of patriarchal gender relations. Without romanticizing India’s pre-colonial past, scholars working within and outside the academy have critiqued the common narrative that obscures women’s agency as well as the ambiguities and contradictions in the modernizing process itself. Feminist readings of a range of textual material have enabled us to see how the ‘modern Indian woman’ is grounded in specific historical contexts and to understand how the hegemony of Hindu upper caste patriarchy is often paradoxically reflected in the lives and work of the reformist men and women pioneers themselves. (Tarabai Shinde (ca1850–ca1910), who wrote the defiant treatise Stripurusha Tulna on the problems of traditional marriages and widowhood, accepted that a woman’s fulfilment lay in her role as wife and mother. And even Sarojini Naidu who demanded political participation for women as a human right said conciliatorily that it would not affect women’s traditional roles and femininity.) Why did women subordinate their struggle to the nationalist cause? How did they negotiate and reconcile within themselves the conflicts between their roles in a new public arena and a reconfigured private sphere? What indeed did legal reform and the new education contribute to shaping women’s lives and perspectives across region, class and caste?