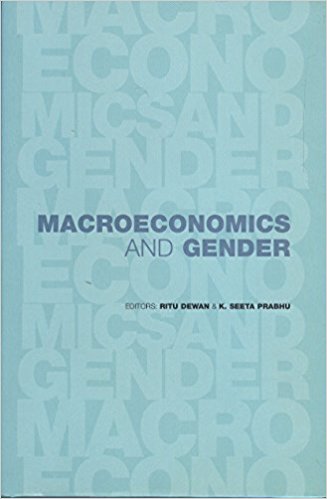 ..the special case assumed by the classical theory happen not to be those of the economic society in which we actually live, with the result that its teaching is misleading and disastrous if we attempt to apply it to the facts of experience.

[Keynes 1936: 3]
Expanding debates on macroeconomics and gender is crucially important given the hegemony of macroeconomic theory informing national and regional policies and its expressed goals to remove poverty and gender inequality. Increasingly, neoliberal liberalization coupled with privatization has been the mantra for the Indian state, bureaucrats and financial sector since the early 1990s. Rooted in neoclassical theory, the neoliberal approach is based on assumptions and methodologies with ramifications for macroeconomic stability and human wellbeing as Keynes argued powerfully in the General Theory (1936).

The disparities of outcomes by social differentiation make it necessary that economic theory and policies account for gender and other inequalities. Macroeconomics and Gender edited by Dewan and Prabhu offers useful insights into issues specific to India but, barring the exceptions by Dewan, Dewan and Thomas, Goyal and Swaminathan, it falls short by its general addwomenandstir approach rather than illustrating how specific gendered asymmetries of power underpin macroeconomic modelling and policymaking in India. Moreover, the woeful lack of copyediting in some, and inaccessible writing in other essays seriously impair reading. Nevertheless, the dearth of books on genderaware macroeconomics in India makes this book a useful entrypoint to insert issues of gender into macroeconomic debates among academics and policymakers.