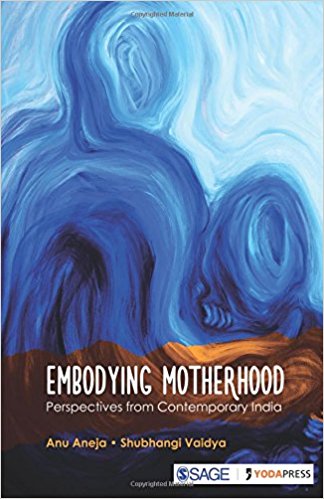 The enigma around motherhood has produced much interest among feminist scholars who have highlighted social construction of the same. The two books under review, carry forward the feminist tradition with a specific focus on the Indian context.

The first book under review brings together two core theoretical concerns of feminism: embodiment and motherhood. It engages with the representations of a reified mythical mother found in the tradition of goddess worship, literature, Hindi cinema and also as foregrounds women who mother autistic children, mothers with disability and surrogate mothers.

In a nutshell, the book deals with both the symbolic as well as the experiential realm of motherhood. The authors argue that it is imperative to acknowledge that though reified at the symbolic level, the maternal body in its material manifestation is seen as lacking and it is between this paradox that the oppression of women can be situated. ‘Disembodied Mothers: Re-writing the Maternal Metaphor Through Goddess Iconography’ by Anu Aneja is devoted to a discussion of goddess worship in India from the ancient period onwards. While there has been a proliferation in the number of lesser goddesses personifying normative maternal ideals that ought to be pursued by women, there is also a subversive tradition of worshipping the ‘non-maternal mother’ symbolized by the worship of Vacdevi/Saraswati and Kali/Durga. The authors indicate that feminist engagement with such resistant goddess iconography may produce discursive shifts in imagining the maternal.