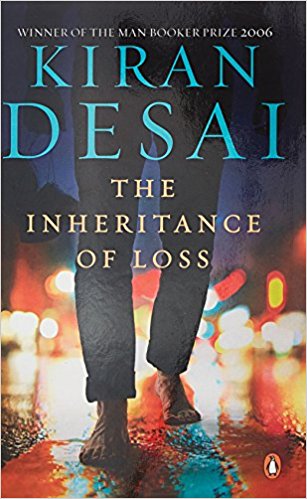 The Inheritance of Loss has a minimal plot. The narrative is set at the foot of Mount Kanchenjunga in the Himalayas. It is 1986 when the story opens with a robbery by young insurgents, who force their way into a retired judge’s decrepit colonial mansion and steal his hunting rifles in the presence of the judge, his seventeen-year-old granddaughter Sai, his cook, and his purebred dog Mutt. The narrative then weaves back and forth, offering the personal histories of the characters, and the political background to a growing discontent and insurgency of the Indian Nepalese youth, “fed up with being treated like the minority in a place where they were the majority” (p.19). The Gorkhaland National Liberation Front (GNLF) is now seeking a separate Nepali state , and as acts of violence, and of police brutality mount, the lives of the non-Nepalis who have resided in the hills for decades take tragic twists, as they become unwanted outsiders, and prisoners of their own location. This is a story as much of loss, as it is of bittersweet longing for a world that eludes each of the characters, as a consequence of their class backgrounds and post/colonial legacies. They thereby become the inheritors of loss.


Justice Jemubhai Patel is a self-centered retired Chief Justice who has opted for the life of a recluse, and has little compassion for any one except, perhaps, his red setter Mutt. The sudden imposed responsibility of guardianship of his granddaughter Sai takes Jembubhai back to “the burning memories of his beginnings” (p.61), when in 1939 he departed for education at Cambridge. In the alien and cold environment of the colonial power, “his pusillanimity and his loneliness had found a fertile soil” (p.39), and “he retreated into a solitude that grew in weight day by day. The solitude became a habit, the habit became the man, and it crushed him into a shadow” (p.39). Yet despite his unhappiness as an alien in England, he envies the English and loathes Indians, and grows increasingly embittered by the realization that he “would be despised by absolutely everyone, English and Indians and both.” Jemubhai’s sickening abusive treatment of his wife Nimi makes him one of the most dislikeable characters of Indian fiction in English.

Sai is orphaned when her parents are crushed by a local bus in Moscow and is compelled to leave the convent and stay with her grandfather. By virtue of her anglicized education, she too, is “an estranged Indian living in India” (p.210). Sai has a brief romance with Gyan, her 20-year-old Nepali maths tutor. Gyan despises the bourgeoisie life style of Cho Oyu and is sympathetic with the cause of the GNFL. He therefore rejects a potential relationship with Sai because she becomes a “reflection of all the contradictions around her” (p.262).

Biju’s experiences are reflective of those of the “shadow class” of illegal migrant workers, condemned to constant movement as they evade immigration authorities. How Biju desires “the triumphant After The Green Card Return Home, thirsted for it—to be able to buy a ticket with the air of someone who could return if he wished, or not, if he didn’t wish …” (p. 99). He watches “the legalized foreigners with envy” but this envy grows into contempt for those who give up original lifestyles for more hybridized habits, and Biju emerges as “a new person, a man full to the brim with a wish to live within a narrow purity” (p. 137).

Tired of the pain and humiliation of eking out an existence, Biju makes the return journey home out of fear of the greatest loss that can come out of long term separation from one’s family—to return home after a quarter of a lifetime only to find “the love was gone; for affection was only a habit after all, and people, they forgot, or they come accustomed to it, its absence” (p. 233). He is warned however of the consequences of this decision when Mr. Kakkar tells him of a world “where one side travels to be a servant, and the other side travels to be treated like a king. You want your son to be on this side or that side?” (p. 269). On arrival in Calcutta, Biju’s ‘enormous anxiety’ of being a foreigner ebbs (p.300). He is then symbolically stripped of material possessions that he has carried back home with him, as he makes a hazardous journey up the hills. In a rather elusive conclusion, the cook and his son reunite.

The merit of this novel undoubtedly lies in Kiran Desai’s brilliant prose, her observant descriptions of Kalimpong and Mount Kachenjunga; the remarkable use of turns of phases, and her sensitivity to the trappings of poverty and class. However, what is disturbing is the sustained presentation of binaries of the developing world (have-nots, poverty stricken, unsafe, violent, brutal) and the developed world (haves, a haven to escape to, exploitative, uncaring), and the continued projection of the West as a destination that the rest of the non-West aspires to attain, come whatever may.

Mala Pandurang is Head of the Department of English, BMN College, Mumbai.