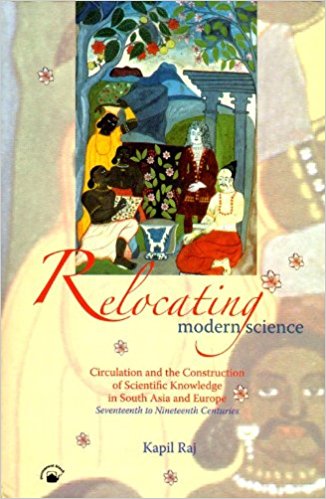 In recent years, the emergent discipline of science and technology studies has witnessed a growing interest in questions of location and mapping. The concern has been so pressing that it would not be an exaggeration to believe that the postcolonial moment has vitally entered this field, reminiscent of a similar ingress upon literary studies in the recent past. The question then of ‘locating’ and spatializing science outside European metropoles has gained some urgency, hardly surprising given the generally decentring tendency of such studies. With Kapil Raj’s work, we have here an important addition to this growing corpus. Raj’s attempt (consonant with science studies in general) is to identify ‘objective’ science and scientific knowledge as enmeshed in social relations—here in the specific instance of the colonial encounter.

In this localizing of scientific practice, his own locale imprint is unmistakable—that of French science studies interested in following actors through networks to understand the construction and circulation of scientific knowledge.