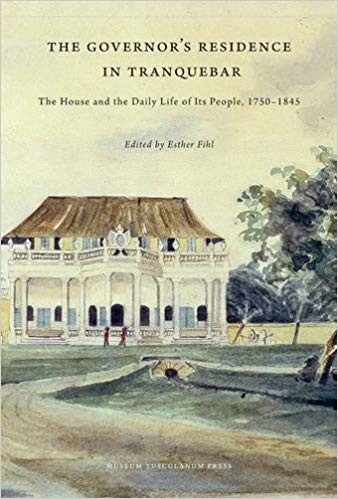 Esther Fihl is the Research Leader of the Tranquebar Initiative of the National Museum of Denmark, and Professor at the Department for Cross-Cultural and Regional Studies, University of Copenhagen. She has compiled a monumental work, which brings to us detailed essays by different authors on the historical legacy of the Danish Governor’s house in Tharagampadi, otherwise known as Tranquebar. By looking at maps, architectural drawings, renovation plans by contemporary architects, photographs taken in the 19th century, and what is called Company Art, a huge corpus of materials is brought to our attention. Material culture has always been significant to sociologists, and by looking at what people used or owned, and how objects passed from families to state museums, a very interesting history has to be written.

The Danish representatives were very absorbed by their colonial legacy in Tranquebar, and men and women together wrote about their experiences at great length to family members back home. Occasionally, the men cohabited with local women, and their offspring if suitably westernized, could make alliances with European men. The book begins with the case of Catherine Noele Worlee, who was born in 1762 in Tranquebar. Her father was a French official, but when he migrated to Chandernagore, the 16-year-old girl met a British official, named George Francis Grand, stationed in Calcutta. They were married in 1778, but soon after, she was banished from her home as she had an affair with Philip Francis, a member of the Supreme Council.