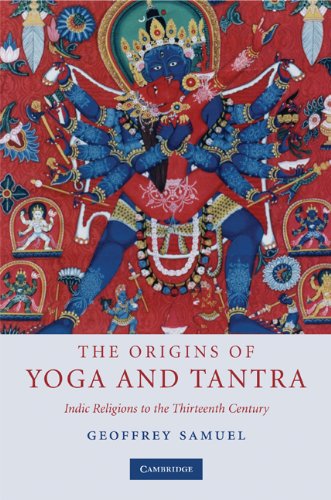 The stories of Indian myths, meditation, philosophy and poetry had gained access to the western world long before Sir William Jones imported in the eighteenth century the ancient Indian legal and literary traditions to Europe in the form of an academic exercise; and, for various reasons, the Indian cultural and spiritual past has attracted the western academic world more than the analytical and rigorous systems of early India, viz. logic and philosophy. Therefore, it is no surprise that one often gets to read research on ancient India which mainly focuses on its religio-cultural practices; this is not to suggest that such areas are less important or researches carried out on these topics are less thorough and engaging. Well researched, richly documented and analytically presented though it is, Geoffrey Samuel’s latest book—based on his ‘Wilde Lectures in Natural and Comparative Religion,’delivered at the University of Oxford in 2002—is no exception in this sense.

Including the introduction and conclusion, the book consists of fourteen chapters and is divided into two parts; it aims to present a sort of panoramic view of Hinduism, Buddhism and Jainism as they are often clubbed together in the West as Indic religions, i.e. the religions that owe their origins around the river Indus at the foothills of the Himalayas. As the author admits in the beginning of the book, the period covered here is two and a half millennia, and to present the origins, development and evolutionary practices of the three Indian religions over this vast period of history within four hundred pages is no mean achievement. The author has chosen to map the Indic religious practices and traditions of this period from the perspective of Yoga and Tantra, the two terms which have over the decades acquired multiple, often misleading, meanings. The author traces the history of Yogic techniques back to the fourth century BC (even further back: cf. the discussion of Proto Siva Seal and Mohenjo-Daro Seal); this follows the growth of Tantric practices. No doubt, Yogic meditation and Tantric practices have an old history in India, but one wonders whether these terms and practices have not evolved into something totally different from what they originally meant in the earliest Upanisads and other philosophic treatises, viz. the Sâmkhya,Yoga, Brahma and Nyâya sûtras.

In defining the Asian (read Indian) religions, the author draws a parallel from the tendency of those western scholars—who in the nineteenth century brought to Europe the traditions of Jainism, Buddhism and Hinduism—who find it easy to understand the Asian religions within the framework of the debates about Christianity (pp. 11–12). Therefore, the Buddha was seen as a perfect Indian counterpart of a foremost Protestant Christian (a Protestant Vedist, perhaps?), and his religion a path to protest and also to cleanse the existing Vedic traditions. With this template in mind the scholars set out to define, study and understand the three Indian religions. As the author has himself acknowledged, this template may have worked well with Buddhism with its two major perspectives, viz. the Theravâda and the Mahâyâna, but failed with Hinduism for the latter encapsulates complex systems and traditions.