A Historian with a Holistic Vision 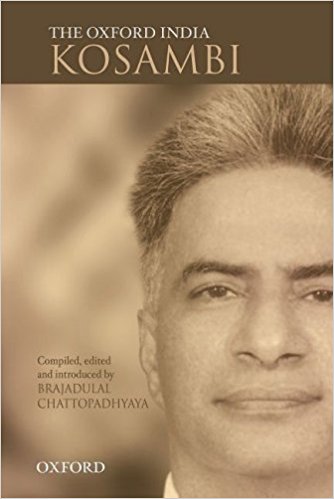 A Historian with a Holistic Vision
Kumkum Roy
THE OXFORD INDIA KOSAMBI: COMBINED METHODS IN INDOLOGY AND OTHER WRITINGS by Brajadulal Chattopadhyaya Oxford University Press, 2009, 867 pp., 1250
October 2009, volume 33, No 10

In 2002, the Oxford University Press, New Delhi, published an anthology of papers written by D.D. Kosambi. Consisting of over fifty articles, written over more than two decades, these were scattered across several journals and magazines, published from cities and countries across the globe. In terms of content, these ranged from incisive interventions meant for the lay person, to highly technical discussions on epigraphy, numismatics, ethnography, archaeology and text criticism. Many of us who joined in commemorating Kosambi during the centenary year celebrations (2007–2008), drew heavily on this anthology that had been painstakingly compiled by B.D. Chattopadhyaya. His thought-provoking introduction enriched the volume considerably, providing a biographical sketch of an iconic figure while retaining the mists surrounding an enigmatic personality who defied conventional stereotyping and throve on pushing the boundaries—disciplinary, social, political, and intellectual.

Chattopadhyaya also enabled the reader to contextualize the essays, both through his carefully thought-out thematic arrangement, as opposed to the easier option of a chronological sequencing, as well as by focusing on the need to move beyond selective appropriation of ideas and insights to a more demanding and occasionally frustrating exercise of groping towards and grappling with Kosambi’s holistic vision of history.

Given that Kosambi’s historical framework, as well as his daunting scholarship have been subjected to several appraisals over the last two years, in symposia, workshops, special lectures, many of which have appeared in print, I will pass over these as lightly as possible. The fact that he argued in favour of ‘combined methods’, decidedly less fashionable than the current preoccupation with interdisciplinarity, as early as 1963, speaks for itself. His arguments for contextualized readings of terms, a strategy he demonstrated with remarkable depth in several articles, have more than stood the test of time—one can return to these for fresh insights and for alternative possibilities time and again. The meticulous care with which he handled sources as diverse as manuscripts and coins, is humbling, to say the least.