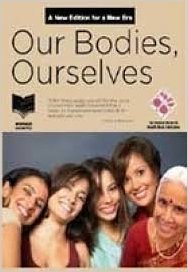 One of the most extraordinary – and positive – outcomes of the second upsurge of the women’s movements in the 1970s was the movement’s engagement with health, going beyond issues of reproduction. The first publication of Our Bodies Ourselves in 1970 was a battle cry, for women not just to claim rights over their bodies themselves, but to critique ideologies, institutions and technologies that had hitherto imprisoned them. This included a trenchant critique of the medical profession, of the global drug industry and indeed the global woman’s beauty industry too. It was pointed out, for example, that ideas of beauty, relentlessly sold by the corporate media, imposed huge physical and psychological morbidity burdens on women, other than supporting an annual 20 billion dollar dieting industry.

Over the years the volume – translated into many languages around the world, and in many cases adapted to different conditions, has done an astonishingly singular service by putting health on the agenda of the women’s movement – and in the process putting women’s health on the agenda of the global health movement. But while it did so, what the book also inadvertently did was to give fillip to two unfortunate tendencies in public health: one that relates women’s health to primarily reproductive issues, and the second, to suggest that lifestyle or individual changes could result in changes in population health – in other words, individualizing, psychologizing health – much as the neo-liberals do – and robbing it of its structural roots.