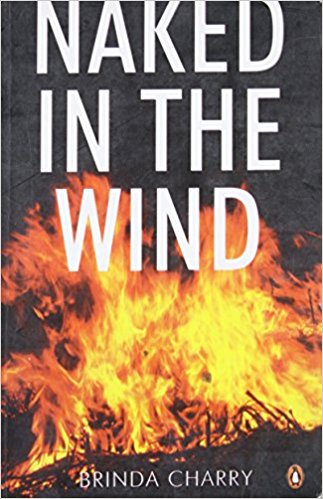 With an opening reminiscent of the famous scene in Wuthering Heights where a ghost puts its icy hand through the window to the accompaniment of the howl of a hard-blowing winter wind, Brinda Charry’s novel grips you from line one: ‘…The mulberry branches scrape against the glass of the windowpane. Let me in…’

I go on reading, and right away get fascinated with it. I am heavily biased in favour of the locale of the opening scene, and the magical language with which the novelist has captured it for the reader. That sedate, colonial enclave in Bangalore—similar to the one around Campbell Road described in the novel—which has been my personal haunt off and on for the last 35 years, comes alive so vividly in a language that breathes in and out like a living being. With this kind of a charming introduction, I launch myself into the novel.

Delineating the different characters at the very beginning, using short sections, is an effective narrative technique. Shanti, her absent husband Vasu who has left home fifteen years ago, her maid Rani, Vasu’s mother Jamuna, the neighbour Marie, her daughter Kathy, Kathy’s father Joe, Shanti’s children Priya and Vivek, come alive in word pictures. Kathy is shown as taking a fresh look at the newly returned Vivek who has been known to her from the beginning of his life, being three years her junior and also of his sister Priya, her best friend—thus the novel grows through character sketches and minimal action.