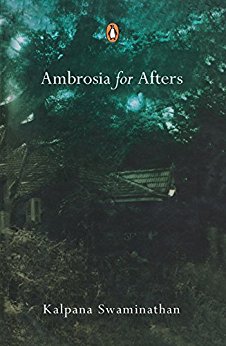 I have read any Indian book in recent times as avidly as I did Kalpana Swaminathan’s Ambrosia for Afters. This is a brilliant book, and one of the rare breed that targets young adults as much as it does older readers. This to me is a crossover book, a book in the line of classics like Catcher in the Rye, books that defy classification of readership by age (not that Ambrosia has been positioned a novel for young adults). I have read two such stunning books this year, the Australian Melina Marchetta’s Saving Francesca and Kalpana Swaminathans Ambrosia. Both give you real worlds, worlds that somehow still surprise you as such fictional worlds must. Why hasn’t this been done before you wonder, why not with this or that particular generation, why not in this manner? Kalpana Swaminathans is a far more (consciously) literary work, one of its pleasures being its uses of literature, of other texts. It is a world about the uses of fiction, about the uses of imagination, about the reality of the various worlds many of us inhabit, some for at least at a certain stage in our life.