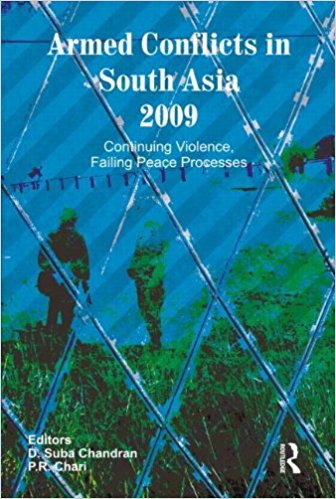 The post-Cold War world has seen more internal conflicts than in-ternational ones. Just as the Cold War bipolar stability masked
intense and destructive regional conflicts, the absence of inter-state conflicts over the two decades since the end of the Cold War has had little effect on the human cost of conflict because these are now paid in civil and other types of internal war rather than in interstate war. Unfortunately for us in South Asia, a disproportionate number of these conflicts take place in this region. The causes of these conflicts vary, though the editors and the authors assert that state failure is the key reason for the prevalence and increasing virulence of these conflicts. There are also varying state capacities and strategies that underline the manner in which these internal conflicts are handled by the states in the region.

One commonality is that the view of India and its role appears to have changed marginally: mixed with continuing suspicions of India’s objectives are occasional hopes that India would somehow help them resolve some of their troubles. In addition some—but far too few—of these conflicts show signs of resolution and the overall trend is rather depressing.
The collection includes essays on all the major internal conflicts in the region, and is well conceptualized. Each chapter addresses the principal actors, the major trends in the conflict over the previous year and the developments in any peace process and in conflict management. The scheme not only leads to greater uniformity in cross-comparison of the cases but also allows the reader to quickly access issues of interest within specific cases. Most importantly, it suggests that some thought had gone into the exercise, which is always welcome from the reviewer’s perspective.