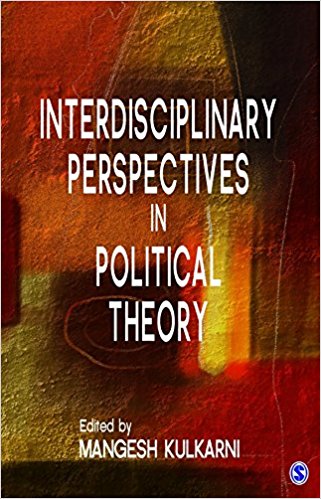 Though Political Science is a contested discipline there is near unanimity about its basic foundational structure. The classical tradition in political theory occupies that place of honour. The reason for this, as Alasdair MacIntyre observes, is that all the plausible positions conceivable in political theorizing are taken up by the time Hegel comes to the scene.  Contemporary political theory vindicates this position as Rawls and Habermas begin with Kant and Nozick with Locke. The present volume deals in an inter-disciplinary perspective with some aspects of the contemporary times with reference to currently influential thinkers and key concepts. The ambitious project which ‘seeks to capture the truly global, interdisciplinary multi-pragmatic and praxis oriented character of the enterprise’ defies Sir Isaiah Berlin’s reminder that the task of philosophy is limited and humble, namely to straighten the crookedness of our thoughts. To quote Berlin, ‘the goal of philosophy is always the same, to assist men to understand themselves and thus operate in the open, and not wildly, in the dark’. It is also interesting that in spite of this tall claim of being global, there is total omission of the Latin American perspective where there is an interesting debate having shifted from the post-dependency isola-tionistic paradigm to a more realistic structural adjustment of what Wallerstein called the world capitalist system and in Africa, where the debate has moved from the Solida-rist democratic theorizing to getting adjusted to multi-party liberal democracy.