Journey Of A Liberated Woman 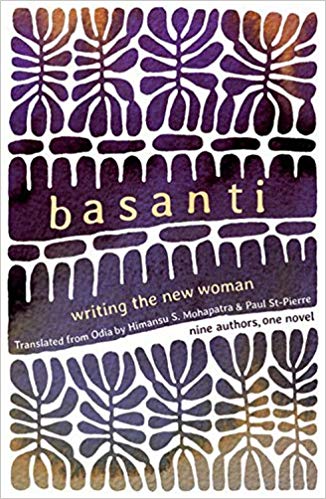 Basanti, the protagonist of the novel is a misfit in conservative, pre-Independence rural Odisha not only because she reads and writes on her own choice, but also because she marries out of love a man not belonging to her own caste and in spite of confronting regular conflicts with her conservative mother-in law, manages to run a girls’ school in the village. Suppressing her liberated values, she sacrifices her life for the well-being of her new home ‘through sheer will power’ (p. 79) with the typical ramifications of the saasbahu television serials we witness even today. Her supportive husband Debabrata, a product of English education at the well-known Ravenshaw College in Cuttack, begins to find himself  in a dilemma  whether he did the right thing by marrying such a woman and circumstances, which leads him to throw her out of the house. Eventually after undergoing a lot of self-inflicted torture Devdas style, he gets united with his wife, who by then had even given birth to a child that he was unaware of: ‘A feeling of deep self-loathing came over him; he was unable to forgive himself’ (p. 71).The ending of the novel seems to be a damp squib, or what the translators term ‘a concession to the demands of the previously discarded marriage and romance plot’. Here one is reminded of the controversial ending of Rabindranath Tagore’s Chokher Bali where the author admitted that he too had to give in to the dictates and differences that raged in contemporary Bengali society at the time. Unlike Basanti, Binodini’s case was more complicated because she was a widow with a mind of her own.

Taken at its face value the story of the novel is nothing exceptional. It is an idea floated in the second decade of the twentieth century when Odisha, like Bengal and several other patriarchal societies in India, was in a dilemma of whether female education would lead to the degeneration of society, where women with emancipatory aspirations evoked strong reactions from their surroundings, even surprisingly from their husbands, who were supposedly passionate about women’s freedom. But what is unique about this text is its collaborative nature. The thirty chapters are penned by six men and three women authors, all of them belonging to the ‘Sabuja Age’ in Odia literature, a short-lived creative period of ten to fifteen years. Serialized in Utkala Sahitya between May 1924 and November 1926, and published as a book in 1931, with a revised version appearing in 1968, Basanti is the first fictional declaration of the independence of Odia woman.

But how did it all begin? Four core members of the ‘Sabuja’ group, namely Kalindi Charan Panigrahi, Annada Shankar Ray, Harihar Mahapatra and Sarat Chandra Mukherjee were joined by five new members—Muralidhar Mahanti, Baishnab Charan Das, Sarala Devi, Suprava Devi and Prativa Devi who decided to bring this collaborative project to fruition. From the ‘appeal’ published in Utkala Sahitya (vol. 28, 1924), Kalindi Charan Panigrahi called for a replication of the Bengali experiment with the ‘collective worship of the word’, evinced in the case of Baroyari (written by twelve authors), Bhager Puja (the work of sixteen authors), and Chatuskona (the work of four authors in Odia literature). (That this style of writing originated with The Spectator in 18th century England is beyond the purview of this review.) But from the ‘appeal’ we gather that the original idea was to write a novel collectively by a mixed group of senior and younger writers of Utkala and Annada Shankar Ray would edit each entry. The broad topic was the education and emancipation of the contemporary Odia women. Every writer would contribute a chapter or two, so the pleasure in the work will be greater, in comparison to the labour involved and the terms and conditions were laid down in detail.