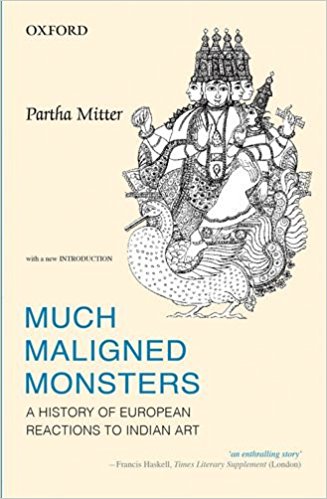 Partha Mitter has written a care­fully documented study of the history of European reactions to Indian art. Indian sculpture, architecture and even painting seem to have presented insuperable difficulties to the westerner in the past and even today he has still ‘to find a way to appreciate the values of Indian art in its own context and in its own right.’

Proceeding chronologically the author has cited evidence from the earliest accounts which show the highly distorted view of things Asiatic that obtained and which were based more on fantasy than on reality. There appears to have been, from the beginning, a tendency to imagine rather than to confront, a fondness for stereotypes rather than open-minded study. According to Mitter this ten­dency to go by what has already been said or heard or interpreted continued to fog the western mind almost to the pre­sent. Perhaps the time is now ripe to look at these works of art straight and free from prejudice and disentangled from the vast mass of information and explanation that surrounds them.