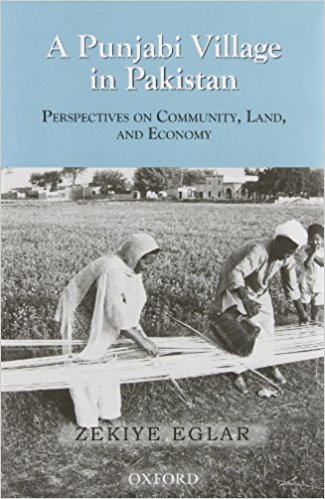 This is the first ethnographic study of a Muslim village in Punjab, based on field work done by Dr. Zekiye Eglar, a Turkish scholar of Azeri origin in the early fifties (1950—mid-1955), which was submitted as a doctoral thesis in the Columbia University, USA under the supervision of the pioneering, iconic American anthropologists Ruth Benedict and Margaret Mead. Published in 1958, it won the prestigious Clarke F. Ansley Award in USA.

A remarkably gifted student, Eglar graduated from the Roberts College in Istanbul and completed her Masters in Education from Smith College for Women in the US. She studied race relations and anthropology for another year at Yale University before returning to Turkey, to teach psychology and mathematics at Izmir before returning to the University of Minnesota in Minneapolis and Columbia University. She returned to Turkey in 1938 and taught cultural anthropology at Ankara University. She went back to Columbia University for her PhD in 1946.