Islam and Democracy in Pakistan 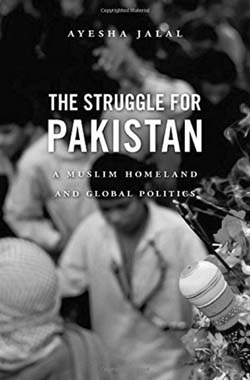 Ayesha Jalal’s latest work is a reflective account of Pakistan’s contemporary history and the nascent effort by its citizens to reimagine Pakistan, free from military dominance and as a ‘more resilient federal union’. Much of Jalal’s account of Pakistan covers the skewed civilian-military balance within its state structure. Lord Mountbatten likened Pakistan’s creation to putting up a tent, not a permanent building nor a Nissen hut. ‘The proverbial tent’, writes Jalal, ‘has been metaphorically transformed into a sprawling military barrack.’

Jayant Prasad currently is a Non-Resident Fellow at the Center for the Advanced Study of India, University of Pennsylvania, and Advisor at the Delhi Policy Group.