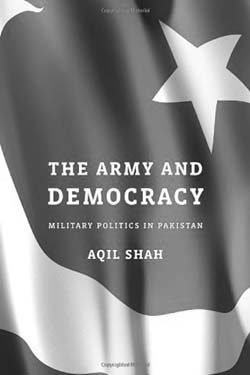 A year ago no one could have imagined that Pakistan would change its course from a rickety democracy to a hybrid-military rule within less then two years after general elections in May 2013. A lot of us had clapped then and congratulated each other for the first ever peaceful transition to democracy—a new government by the Pakistan Muslim League—Nawaz Sharif group (PML-N) replaced the Pakistan People’s Party through a process of elections, rather being booted out by the military. Little did we know that it would all get overturned. Moreover, that the civilians themselves will volunteer to surrender power. On January 6, 2015 Pakistan’s Parliament passed the 21st amendment to the 1973 Constitution. Although most Right Wing parties abstained from voting, the Bill was passed unopposed. The law allows for setting up of military courts in the country for a period of two years. In any case, the picture gets clear by the day. It is the Army Chief who appears to be more of the real ruler than the elected Prime Minister, Nawaz Sharif. It is an open secret that the Pakistan military runs most important policies: foreign policy, internal security and a few others.