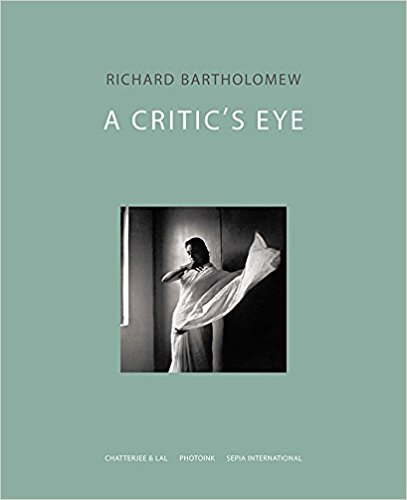 This book has been several years in the making. Archiving and selecting the photographs by Richard Bartholomew which were exhibited recently at Photo Ink Gallery, New Delhi, must have been an arduous job, since Richard would not ever have even thought of exhibiting them. It is Pablo’s tribute to his father, long awaited, taking place twenty-four years after Richard’s sudden, untimely death in January 1985. This is, as Pablo comments in his Afterword, a ‘resurrection’ of a life that had passed away unsung. It also incidentally and ever-so-casually recreates that world of innocence which we were privileged to experience by living in the mid-twentieth century. Richard’s creative expression spanned many facets. First of all, he was a poet and a writer of remarkable essays, an art critic and artist, curator and the Secretary of Lalit Kala Akademi towards the end of his life.

The photographs somehow got buried somewhere in all this plethora of good things; people (like me) tended to forget that he was also a photographer. Yet ironically it is these pictures which now possess a palpable presence of his persona and his poetic vision. This is why the book becomes important because this aspect of his life’s passion bears the stamp of his quiet yet doggedly persistent presence—a presence that is so discreet that you might not notice it at all, but it is there in the pictures.

The book opens with a half-finished painting in his summer studio in Almora, 1957. Someone has just vacated the chair with sunlight spilling over from the windows, but he returns to his seat in the next, mixing tubes of paint. His auto-portrait includes deliberately the old typewriter next to him as he reflects pensively, smoking a cigarette. So, we observe, he observes himself in the roles of writer, artist, and photographer in a third frame. The (only) family photo is with Rati and little Pablo, dog and camera case, opening into new vistas beyond rooms; but it is carefully taken at a low angle to give himself height—as occurs again later in the shot of his friend Rakshat Puri towering over the sands.