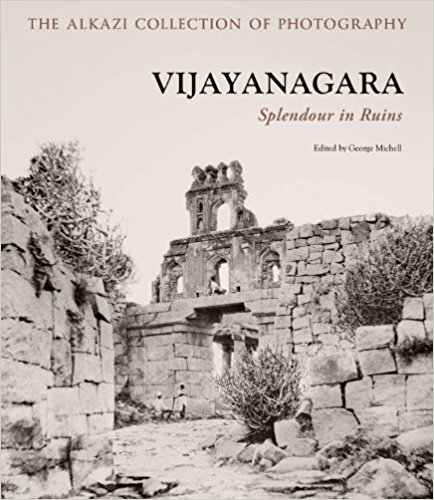 The title of this book is extremely apt. As you thumb through this book, you can glimpse the sombre grandeur of the ruins of an imperial empire at Hampi. It is up to the reader whether he/she sees the splendour in the ruins or the ruins of what was once the splendour of Vijayanagar.

The introductory essay by Anila Verghese, who has been part of the project team ‘Archaeology, Art and Religion: New Perspectives on Vijayanagara’, provides a quick recap of the history of Vijayanagara. The history of Vijayanagara encapsulated in about ten pages is followed by a very short note by Michell called ‘Vijayanagar Revealed’. In this short chapter of three pages he draws attention to the early excavations at the Hampi site and the uncovering of the ruins. He briefly outlines previous attempts to carry out excavation and restoration at the site and concludes this note with the beginning of the Vijayanagara Project under him and John Fritz in the 1980s followed by the Vijayanagara Metropolitan Survey by a team of American anthropologists led by Kathy B. Morrison and Carla M. Sinopoli. As Michell points out, the need of the hour is now to have an integrated plan for Vijayanagara. ‘Such a management plan would need to re-define the heritage of the site so as to include its spectacular natural setting, the vernacular buildings of its surrounding villages, the sacred traditions of its local holy sites and the data encoded in the buried remains that are yet to be unearthed’ (p. 40).