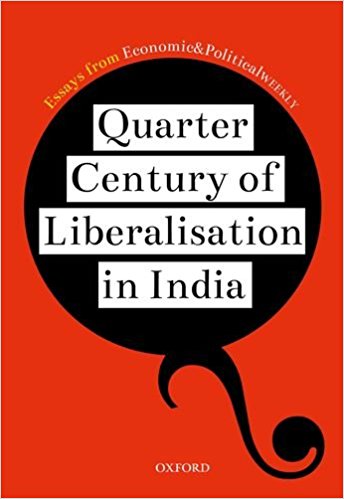 The economic era since 1991 has been a mixed bag for development. While the economy showed a sustained growth of around 5 to 7 percent per annum, throughout the period, sometimes even growing at double digits, structural transformation had bypassed the industrial sector growth, the key sector for productivity enhancement. Growth, propelled by the new and emerging sectors also were carrying in its wave the skilled and the urban youth, but left behind were large swathes of the less skilled and the rural. Poverty rates had declined, arguably to some extent, yet not so effectively as in the immediate period preceding liberalization, however calorie consumption had certainly declined. Inequality has widened, across regions and interpersonal. Foreign investment flow has ever since been mounting, capital and stock markets expanding, while credit access and availability for productive investment had slowed down as well as private domestic investment has stagnated.  Big infrastructure projects in mega and metro cities, as well as connecting these cities have multiplied, while the small and medium urban centres are imploding. Such contradictory signals of development since liberalization call out for arguments that can elucidate. Quarter Century of Liberalisaton in India is a collection of essays explaining these emerging contradictions in development since liberalization. It primarily seeks to answer the questions: How did India wake up in 1991?  Who rang the bells and for whom did the bells ring? This collection of essays that appeared in the Economic and Political Weekly between July 2016 and March 2017, is an excellent analytical gaze at the recent past, on liberalization, its promises and its discontents. Rich in arguements, the works of some of the most persistent and persuasive authors have been included in the volume. The volume would be particularly interesting for those who want to read the views of both sides of this sharply divided debate on liberalization and its prospects in India.